rhino.fi uses a Validium approach to Layer-2 scaling. This means that rhino.fi trade data is held off-chain and a Data Availability Committee is used. The DAC has three main jobs:1) Protect user trading privacy by allowing balance updates and trades to be hidden from other users and from on-chain data.2) Check the balances state and, if valid, sign to allow the Merkel root of the state to be updated on-chain.3) Publish all balances data if rhino.fi and/or StarkWare were ever to go offline or withhold data. 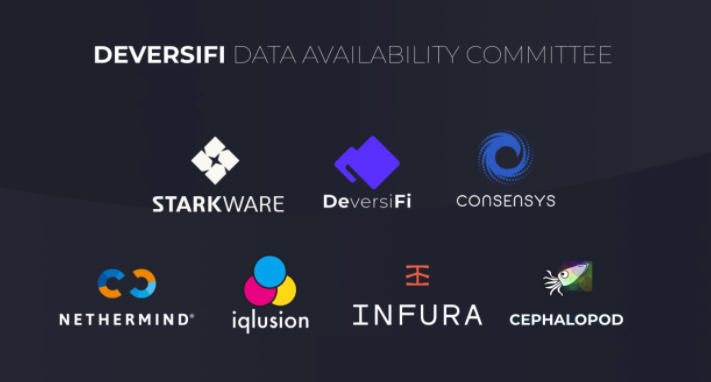 So how private is your trading, swapping and transfer activity on rhino.fi?The only people who can view your trading activity on rhino.fi are you and rhino.fi itself (if we wanted to). rhino.fi operates the off-chain matching engine and order books, therefore trade data is stored on rhino.fi servers before being submitted to the Layer-2 proof mechanism to enforce the trustless swap of funds between users. Other rhino.fi users and on-chain viewers cannot see your activity. The DAC can see the changes in user account balances (vaults), as this is needed to verify that each new state is correct. The DAC sees the change in balances across the entire exchange, but not the movement of funds between accounts.It is not possible for any on-chain observer to deduce your trading activity on rhino.fi from the proof that rhino.fi periodically submits on-chain (to update the state of users' balances).An on-chain observer may watch the deposits & withdrawal from/to your Layer-1 wallet to/from rhino.fi, but when making a withdrawal, you can use the rhino.fi fast withdrawal service to specify a different Layer-1 address to send your funds to.So what does this all mean in practice? rhino.fi is useful for preserving your privacy from people looking at your wallet address, as your activity is hidden from other users and is not visible on-chain.